By Conte Law in Whitby ON

The legal system implements two different kinds of cases, criminal and civil, to address the wrongdoings people commit. In general, crimes are offenses made against the state even when the immediate harm has been done to a person. The state prosecutes these crimes accordingly. On the other hand, civil cases usually involve disputes between persons concerning the legal responsibilities and duties they owe to each other. Civil lawsuits adjudicate these cases. While there might be some sort of overlap, there are different ways wherein you can spot the difference between a civil case and a criminal case.

Below are the primary differences between a civil case and a criminal case:

Crimes are Offenses Made Against the State

It means that while an individual might murder another individual, the murder in itself is regarded as an offense to all members of the society. This is the reason why the state prosecutes crimes made against the state while the prosecutor instead of the victim files the case in court as the state representative. For civil cases, the case is filed by the wronged party.

Standard of Proof for Civil Cases and Criminal Cases

Crimes should generally be proven beyond reasonable doubt while civil cases are being proven by lower standards of proof like the preponderance of evidence. This difference in standards is present because the civil liability is regarded to be less blameworthy and also because there are less severe punishments.

Civil cases in general only lead to orders to do something or not, called injunctions, or monetary damages. Take note that criminal cases might involve jail time as well as monetary punishments that come in the form of fines. Generally, since there are greater consequences in criminal cases, such as the possibility of facing jail time or worse death, there are more protections put in place for criminal cases, not to mention that these are more difficult to prove.

A trial by jury is almost always allowed for criminal cases. There are instances when juries are also allowed in civil cases but for most civil cases, a judge makes the decision.

Right to a Lawyer

Defendants in criminal cases are entitled to lawyers and if it is not within their means, the state is responsible of providing an attorney. Civil case defendants don’t have the right to a lawyer so if they couldn’t afford hiring one, they are left with no choice but to represent themselves.

Civil cases and criminal cases are different in more ways than one. 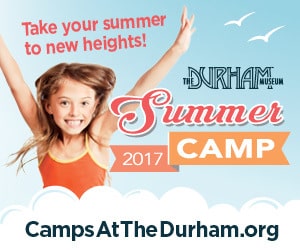